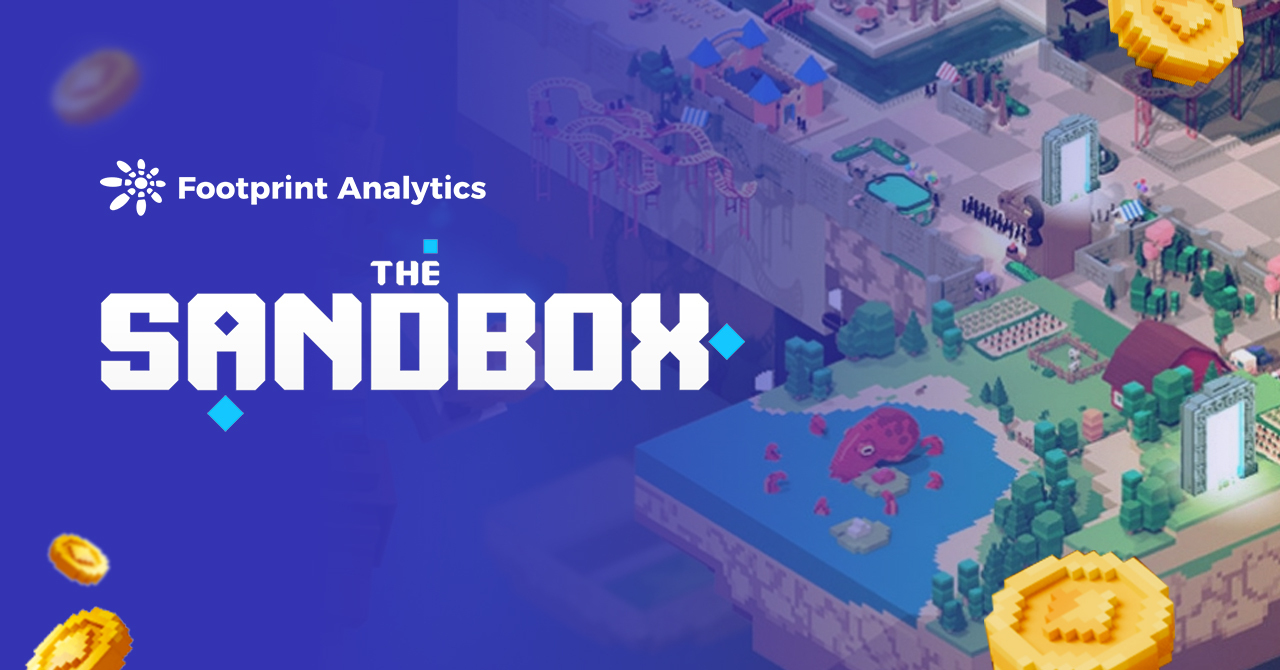 The Sandbox is a major blockchain GameFi project that sells virtual plots of land in their metaverse. This virtual real estate is a game but in reality, is so much more. In The Sandbox, people can buy plots of land and use the native token SAND to play games, trade, give pledges for liquidity mining, and participate in DAO governance.

This play-to-earn metaverse allows participants to create their own 3D games, deploy them on their own plots of virtual land, enlist other players, and charge an entrance fee. Players can also create their own NFTs to sell in the marketplace, as well as buy and sell wearable NFTs, land, characters (called entities), and more.

The Sandbox is HUGE! In fact, The Sandbox token skyrocketed a couple thousand percent in October and November 2021. And. If that wasn’t enough proof to reflect just how big The Sandbox metaverse is…in December 2021, someone bought a virtual plot of land there for a record $4.3 million!

The Sandbox is BIG BUSINESS and is only going to get bigger in 2022. So get on board now before you miss your chance!

The Sandbox is one of several major GameFi projects whose token jumped by a couple of thousand percent in October and November.

As household names like Facebook, now Meta, make moves in the metaverse and virtual plots of land see astronomical sale prices—last month, a virtual plot of land in The Sandbox sold for a record $4.3 million—users and investors need to determine how different games are unique.

This will prove increasingly important as dozens of new games pop up, with early entrants no longer being able to grow based on the novelty of the metaverse alone. In this article, we’ll examine The Sandbox.

What is The Sandbox

The Sandbox is a blockchain-based game based around virtual real estate. It is deployed on Ethereum and its native token is SAND, an ERC-20 token. SAND can be used to play games, trade, provide pledges for liquidity mining and participate in DAO governance.

How to Make Money in The Sandbox

Play-to-earn is the main economic model for GameFi projects, including for The Sandbox. Players can start earning SAND via three tools:

Assets in The Sandbox

The three assets of value in the Sandbox are:

Catalysts and gems give some in-game assets, namely “entities” and “equipment”, their characteristics and properties. The five characteristics which items can have are power, defense, magic, speed, and luck.

The higher the level of catalysts and gems in the asset, the higher the scarcity and price. The highest price ever paid for an object in The Sandbox was 5,250 SAND, or approximately $35,000.

Wearables and Art do not require the addition of catalysts and gems and are generally priced according to their scarcity.

How to Participate in The Sandbox

To take part in The Sandbox, you can play and earn SAND, create your own games, rent your LAND for a commission, create assets, or become an investor who buys and sells the game’s assets without ever playing.

The Sandbox has already developed a fairly sophisticated economy that supports many types of roles.

To promote the development of games, The Sandbox launched its Game Maker Foundation and Creators Foundation to incentivize game developers and NFT creators, respectively, with prizes up to $30,000. It will give rewards to 1,000 creators and 100 game developers.

According to official sources, The Sandbox is currently sponsoring 18 game developers and over 100 creators.

The Future of The Sandbox

Footprint Analytics data shows that The Sandbox is currently the second most popular play-to-earn game, with a market cap of $5.98 billion, just behind Axie Infinity and slightly ahead of Decentraland.

While The Sandbox is trending upwards, its official roadmap shows no major innovations until 2023 besides the launch of DAO governance in 2022. At the same time, more and more metaverse and GameFi projects are being launched, challenging early entrants like The Sandbox and Decentraland.

What is Footprint Analytics

Footprint Analytics is an all-in-one analysis platform to visualize blockchain data and discover insights. It cleans and integrates on-chain data so users of any experience level can quickly start researching tokens, projects, and protocols. With over a thousand dashboard templates plus a drag-and-drop interface, anyone can build their own customized charts in minutes. Uncover blockchain data and invest smarter with Footprint.

Lauren Harrington
May 20, 2022 2 min read
Have A Story? Get Featured On Gamefirising Plus 100+ More Exclusive Crypto News Sites Tell Me More !